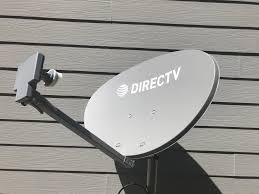 AT&T has sold 100% of Vrio Corp. business in Latin America to Grupo Werthhein.

The deal comes as AT&T – parent of WarnerMedia for at least a bit longer – is set to announce quarterly earnings Thursday. The conglomerate is spinning off WarnerMedia to shareholders and merging it with Discovery in a deal expected to close next year.

In late 2020, however, AT&T made its first big move to downsize its entertainment holding, agreeing to sell a big chunk of DirecTV to TPG and create a new standalone company.

“This transaction will further allow us to sharpen our focus on investing in connectivity for customers,” said Lori Lee, CEO of AT&T Latin America. said the telco giant remains “committed to Latin America through our wireless business in Mexico and services for multinational corporations operating in the region.”

Vrio’s infrastructure includes satellites and broadcast centers that carry 4K video formats. Vrio’s broadband operations, along with other investments, including Torneos y Competencias in Argentina and WIN Sports in Colombia, will transfer to Grupo Werthein at close.

Werthein, a holding company with interests in telecommunications, financial markets, insurance, agribusiness and real estate, said it intends to maximize the Vrio brands in Latin America, “increasing their value proposition by investing in technology and content aligned with the viewing habits of each one of the subscribers, including the next generation of consumers.”

Ahead of of the transaction, AT&T said it classified Vrio as ‘held-for-sale’ as of June 30, resulting in a $4.6 billion impairment — including $2.1 billion in foreign currency adjustments. The negative valuation is a calculation of fair value less cost to sell.