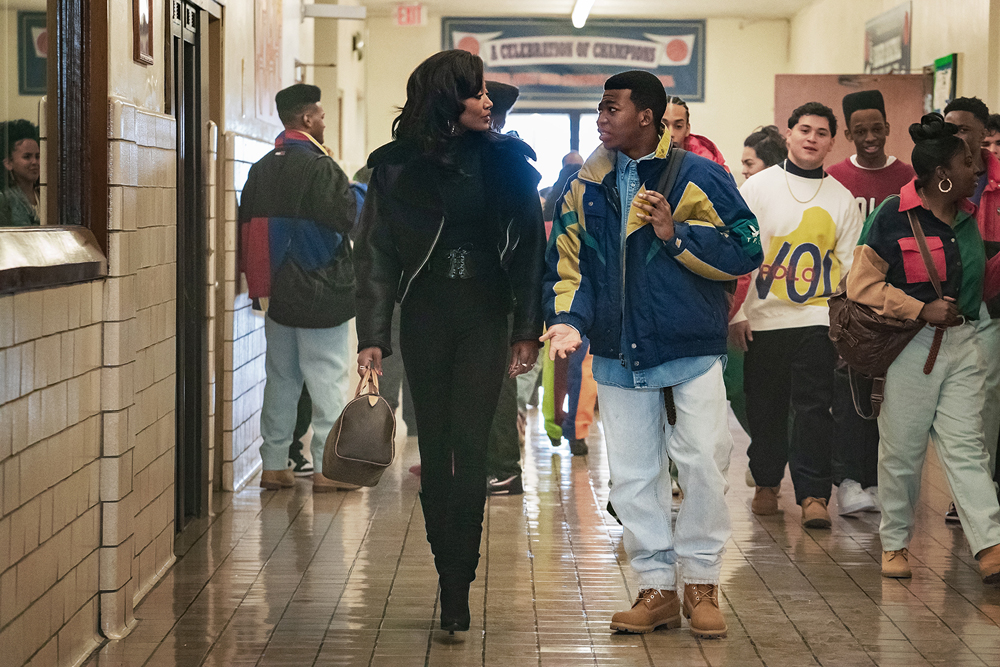 “Get me started in the business,” the kid tells his mom. She’s hesitant: “These streets don’t play, Kanan — that’s what I’m trying to tell you.”

Set to LL Cool J’s “Mama Said Knock You Out” with period correctness, here’s the first trailer for Power Book III: Raising Kanan, the third series in Starz’s Power universe. The prequel follows young Kanan Stark (Mekai Curtis) in 1991 as he learns the game on the streets of South Jamaica in Queens. Mom is Raquel Thomas (Patina Miller), and she knows the risks.

“You said you was gonna get me involved,” Kanan says, to which Mom replies, “You pull that trigger, you in it.”

Premiering at 8 p.m. Sunday, July 18, the sprawling family drama revolves around the coming of age of Kanan Stark (played by Curtis “50 Cent” Jackson in Power), who was Ghost’s and Tommy’s mentor, partner and eventual adversary. In 1991, Kanan is the 15-year-old only child of Raquel, a cocaine distributor with an emerging network of dealers across the city. Raising Kanan is a deep dive into the very pathology of family — the unique, complicated and fraught dynamic between parent and child, mother and father, brother and sister.